Jose Vigil was born in Asturias, northern Spain, in 1979. His father is a musician, and he has been surrounded by guitars and guitar players from a very early age. He started guitar studies at the age of fourteen. After finishing his BA in Economics in 2002 he worked in various countries for some years. In 2007 he established a workshop in Granada, where he received training and advice with luthiers including Antonio Marin and Rafael Moreno Rodriguez and most recently from the great luthier Edmund Blochinger and  his son Florian Blochinger.His guitar is built with top-notch materials. Jose Vigil is one of the most promising younger builders from Granada today. 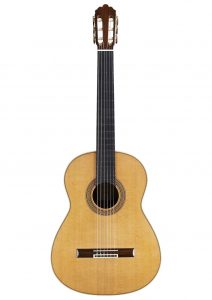 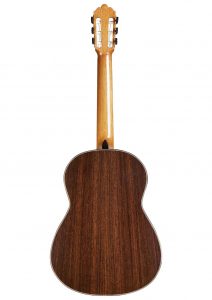