Teodoro Perez was born in the province of Soria, in Spain in 1952 but moved to Madrid while still very young. In 1966 he began apprenticing in the famed Jose Ramirez III workshop, where he built guitars, lutes, bandurias and mandolins. During these years, he had the great honor to meet some of the great maestros of the twentieth century, including Andres Segovia, Narciso Yepes and several others. In 1970, after passing the appropriate tests, and with the approval of Jose Ramirez, he qualified as First Official, and stamped the guitars he made with his initials GPM. In 1991 decided to establish himself starting a new stage with his own firm as a guitar builder. In 1998 his son Sergio, Beatriz (2005) and his son-in-law Marco Antonio (2009) joined the workshop to continue with the family business. 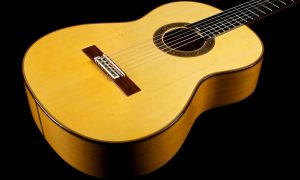 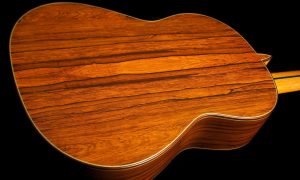 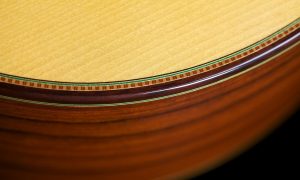